The History of Cabinetry

12th December 2017 by adwood in category Blog tagged as cabinetmakers, cabinetry, drawers, furniture, kitchens with 0 and 65 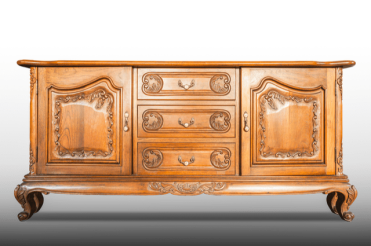 Cabinets refer to large pieces of furniture dedicated to storage accessed by doors and small drawers. Early cabinetry works were primarily designed to store papers and stationery. Other cabinet uses came to be much later after they grew in use in popularity. This diversification in the use of cabinets is thought to have fuelled a revolution in the industry.

Until early the 18th century, before industrial design came to be, cabinetmakers were tasked with the designing and making of any piece of furniture.

Soon after these publications, the industrialisation kicked in which saw the use of steam energy in the making cabinets. With the steam-powered tools, there was a mass production of cabinetry throughout the industrialised parts of the world. This saw an end to the traditional cabinet shop as the primary source of furniture for residential and commercial use.

As the cabinet revolution picked up pace, there was a rising demand for fine cabinetry among the growing middle class in industrialised nations. Before this, fine furniture was not common in the West because it was expensive to acquire.

In mid-1800’s the art and craft movement, which originated from the United Kingdom, fuelled a thriving market for traditional cabinet making. The movement quickly took root in the United States and areas controlled by Britain. During this time, groundbreaking cabinet designs hit the markets. The designs ranged from exotic royal standard cabinetry to affordable designs used by most people.

When the guns went silent in 1945 after the World War 2 woodworking was a common among the middle class. These amateurs made designs that challenged professional cabinetmakers offering buyers cheaper and affordable cabinetry. However, their work now constitutes a small proportion of furniture production in any developed nation.

Cabinetry has come a long way since these humble beginnings during the industrial revolution. However, there is an element of these early designs in almost every cabinetwork today.

At AD WoodCraft, we take pride in providing bespoke cabinetry services for residents in and around Dublin. Having been in the industry for a while now, we understand the local cabinetry needs, and we are dedicated to meeting them. We specialise in fitting kitchens for both commercial and residential clients.

Home » News » The History of Cabinetry